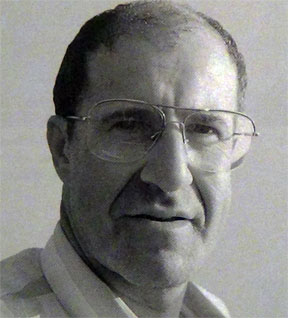 A great intellectual, martial artist, writer, and friend passed away peacefully yesterday, on Christmas Eve. David Finkelstein did so shortly after the passing of his longtime companion Evelyn. If you believe in heaven, they’re now together forever.

My first Uechi Ryu instructor was the late Rad Smith – a man who came down from New England to get his PhD in English while his wife worked on her MBA. Rad spent a year and a half at UVa, and went back up to Harvard to get his MBA. I worked my way up the ladder through Rad’s instructors, which included David Finkelstein and eventually George Mattson. I met Dave on a motorcycle road trip up I-95 as I was scouting for a new Uechi instructor in Rad’s absence. Dave and I hit it off early. A half year later I tested for shodan just before Christmas, and the rest was history.

Dave was one of many reasons why I have a unique view of Uechi Kanbun’s art. For one… he was a Harvard law graduate who hated anything that seemed like real work. So he made a living in whatever way made sense to him. This included being sent around the world so he could write unique articles for the NYT or maybe even Field and Stream. Dave lived wisely in many ways, which allowed him to exist as many of us only dream we could.

Through Dave I not only developed my connection with George Mattson, but I also got a second hand look at the way Shinjo Seiyu and Tomoyose Ryuko taught. Dave opened doors, and then passed on what he saw beyond those doors. Part of whom I am and the legacy I hope to leave in this world comes from Dave.

I will miss my friend.

Permanent link to this article: https://uechi-ryu.com/another-dear-friend-passes/