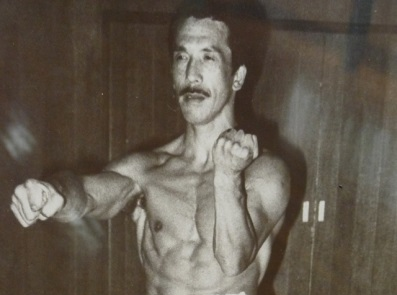 My name is Jacob Bartoletti, I am a martial artist from Sweden but I live and teach karate and martial arts in Sao Paulo, Brazil. Having had the opportunity of being a close disciple of the legendary Yoshimi Inoue I would hereby like to contribute to the Karate community with some of Master Inoue’s ideas and teachings.

Soke Yoshimi Inoue passed away in 2015. He was famous for not only teaching some of the best karatekas of modern karate in the world (World Champions such as: Antonion Diaz, Mie Nakayama, Ryoki Abe, Rika Usami).

Soke Inoue has also received a lot of attention for being a great contributor to the modern karate by connecting some of the rather traditional karate principles to the modern competition karate.

Except the fact of Master Inoue being remembered as a martial art’s genius, he will always be remembered as a kindhearted Budo-man. He rarely rejected anyone that asked for his teachings and he always inspired his students with humour and laughter.

One of his strengths was to teach “principles” rather than style-specific techniques, Inoue’s principles could be adapted to martial artists, regardless of background or previous martial experience.

Consequently, Soke Inoue did not only attract students from many different styles and martial arts from all over Japan (and the world), he was also appointed National Coach before he started his own Lineage, Japan Karate-do Inoue-ha Shito-ryu Keishin-kai. 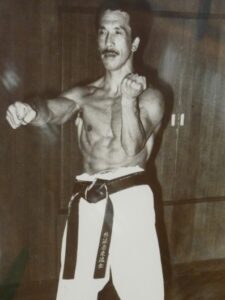 (Master Inoue in his younger days)

The purpose of this article is to share some of Master Inoue’s teachings and ideas to the karate community. The ideas and principles taught by Inoue may be applied in both traditional martial arts as well as for the purpose of training for modern competitions.

Soke Inoue himself used to refer to traditional karate and modern karate as two quite different types of training (but that still have many things in common).

Many of the principles, practiced and used in old days have been forgotten or just are not emphasized in modern budo. Inoue thought this was a bad way of evolution.

He meant that many (not all but many) old principles could be used even in modern karate to fill it’s purpose of developing skills that would typically be rewarded in modern karate competitions.

Some of the ideas of Master Inoue may seem controversial but the intention with this article is to give some new dimensions to anyone who practices budo and martial arts. You may get new ideas or even reconsider why a certain technique is practised in one way instead of in a different way and so on.

Anyway, consider the ideas presented below. Take what you like and don’t bother with any idea that you may not like. Some of these principles requires a more practical explanation and may not be correctly explained and transmitted just through a simple text. 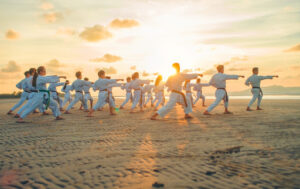 Do not resist gravity – use it to your advantage
This is a principle that some karate practitioners train and partly obtain through kata and kihon practise. However the principle is typically not trained and used (sufficiently) in modern kumite practice.

How to use gravity in a smart way is a principle that I believe almost all martial artists are familiar with and therefore can easily relate to – but there are different levels of understanding how to use gravity to its advantage.

In my opinion, everything in traditional budo that is revolving around how to overcome an opponent without relying on muscle power and brute force may be related to this “mother” principle of using the gravity. Rootness, balance, relaxation, breathing, body-flow, “kime” etc are all more or less related to using gravity to its advantage. I will only cover a few sup-topics (principles) in this article, that I believe most practitioners can relate to. 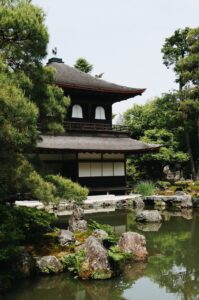 Breath naturally
According to Master Inoue himself, breathing is one of the more advanced techniques in martial arts. He rarely spoke about exactly what he meant by this or how to practice breathing. He would rather teach what breathing methods to avoid.

Inoue’s technique was built upon using the body in a natural way. There should be no unnatural stops – For instance in modern competition karate it is common that techniques are performed with a complete stop, meaning that the performer of a technique may freeze the whole body for a short period of time.

Not rarely the stop of the body is coordinated with a stop of the breath. You can go to almost any modern competition and watch and it is likely that you will see many kata practitioners keeping their breath while freezing in a quite tense position.

According to Inoue the breath should not stop. When the breath stops, the “Kime” or the power (“whip-power”) is lost. Breathing should be as natural as possible and preferably without any sound at all.

Further, Inoue taught that the breathing should not only be natural (with no stop or sounds) but also that the mouth should be slightly open while performing any technique. (Please note that this may be a complete mind-twister or at least a controversial method of breathing from many traditional schools that teaches closed mouth with the tip of the tongue should touch the upper palate behind the teeth.) By keeping the mouth a bit opened the practitioner may let the air in and out naturally, without any stop.

Another common example usually seen, that differs from Inoue’s teaching is in kumite competitions. It is common that modern kumite competitors upon attacking with “tsuki”, pull back their attacking arm (“hikite”) and freezes. This kind of attack may be beneficial for competition since the motion with the stop is more clear for referees and may be rewarded by points rather than a more closed attack with no stop. But from a traditional martial art’s perspective, there is really no reason to stop. The attack continues until it is naturally completed. 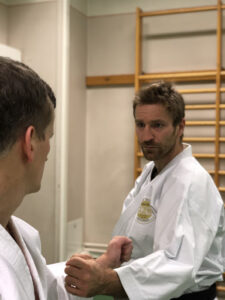 Do not jump – Karate moves as a “drunken monkey”
In kumite it is common (especially competition kumite) to jump. Practitioners jump for a number of reasons: to avoid being an easy target, or in order to maintain relaxed and move quickly, or in order to create an opening in the opponent’s defense for a fast, sneaky attack.

But in the traditional Kihon and Kata practice jumping techniques barely exists. Inoue meant that jumping is a movement that essentially resists or goes against gravity. Easily explained jumping relies on muscular power. For instance a step work that relies on “jumping” will be difficult to perform for a weak or old person in order to generate power.

In order to use the full body weight in almost any technique performed, the body most hold a low point of gravity. Master Inoue used to refer to this principle as when a “drunken monkey” walks.

Inoue’s “drunken monkey” stepwork may be described as when a drunkard walk. The supporting leg relaxes to the degree that the body almosts falls forward (with gravity). To not loose the entire balance and fall down the other leg moves forward to support the body. This step is completely naturally performed, the moment is not enforced and at the same time the step brings the whole mass of the body.

Since this “drunken step” is performed with the feet in contact with the ground the whole mass of the body moves forward as a whole relaxed unit while transferring the weight from one leg to another.

Any sort of counter attack from an opponent could be blocked “on the way” in the step. It is also significantly more difficult for any opponent to move forward and counter the attack. Since the whole body weight is moving forward as one unit in the “drunken step”, the pressure of the attack is simply difficult to move against, for the opponent.

On the contrary, moving forward to attack through a jump, creates an opportunity for the opponent to counter, while the body of the attacker is detached from the ground in a short period of time. 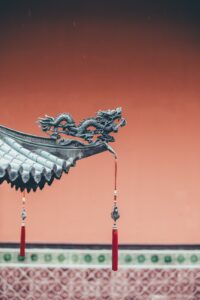 Body must be relaxed – Kime is not the same as tension
Think of any hand-technique as how the body “slaps” the fist in a whipping motion when practicing “uraken uchi”. Or imagine how a golf player strikes the ball with a club. The whole body is completely relaxed and in a short microsecund, the whole body power is consentrated to a single point.
There is actually now tension, what so ever, in this motion – I would say not even in the microsecond when the technique “hits” it’s target. In order to being able to perform this kind of whipping motion the body must hold a low point of gravity.

Summary
Now if all these three principles explained above can be combined, great power can be generated but by using less energy. Sounds too easy to be true? Then let me quote Soke Inoue one last time in this article:

“It is very easy. But, easy is difficult”

To read more about my martial arts, please check out our lineages and classes at Tangshou Academy in Sao Paulo. In the meantime, keep training, respect your teacher and seek new ways for improvement and development!
Jacob Bartoletti, Tangshou Academy