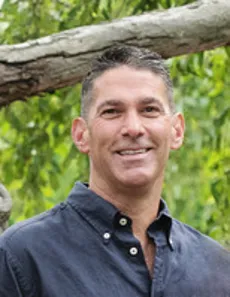 So very sorry to report the unexpected death of my very good friend and Uechi-ryu family member, Gary Khoury. My sincere condolences to his wonderful wife, Cindy and their children.

Gary J. Khoury, December 20, 1966 – November 12, 2022. It is with great sadness that we announce the passing of Gary J. Khoury of Stratham, NH: A transcendent man, spectacular husband, father, son, brother, and friend. “The Gar,” as he was known by those that loved him. Gary passed away suddenly and unexpectedly from cardiac arrest on November 12th, 2022.

Gary was loved and appreciated for his untiring devotion to all he could help and support, while always deflecting any personal recognition. Even from a young age, he had an intuitive kindness for those in need, working with special needs children. He would quietly spend time with a friend or extended family member hospitalized or in hospice, including, most recently, his beloved Aunt Marilyn, who predeceased him earlier this year. His ability to put others at ease at any time and his sense of humor were unmatched and legendary. Gary was a true superstar on every level.

Gary was a 1985 graduate and the senior class president at Salem High School. He was inducted into the SHS Hall of Fame for football (quarterback) and track and field (held the state record for high hurdles). He attended Colby College and then went on to be an honors graduate and a quarterback at Tufts University. After undergraduate college, He traveled to Japan and mastered fluency in the Japanese language. He became an instructor at the Japan Exchange and Teaching Program and obtained his master’s degree at Sophia University in Tokyo.

Gary’s discipline and intellect were highly respected. He was a proficient and masterful martial artist, and admired in the martial arts community. He won numerous awards/competitions, not the least of which was the Southwestern Japanese Championship in Okinawa. Gary and Cindy owned and operated Khoury’s Karate Academy, the second-largest martial arts center in New England. Gary was an inspiration and loved by his students and their families.

A worthy Cause for a very worthy...