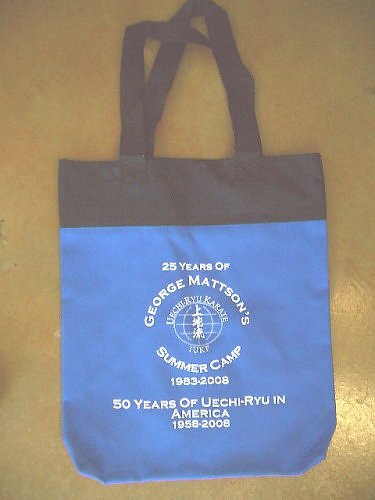 LATE BREAKING SUMMERFEST NEWS!Joe Lauzon found out he has a PR commitment this weekend and can’t make SummerFest. Joe Pomfret will be with us on Saturday morning. Sunday’s schedule will remain the same as posted on the SummerFest site. GEM

Joe Lauzon (16-4) will return to action against Kyle Bradley (13-5) in a lightweight tilt at UFC Fight Night 15 at the Omaha Civic Auditorium in Omaha, Nebraska, on September 17.

Joe Pomfret just called me and suggested the he and Joe Lauzon run a big “Ground Fighting” seminar on Sunday morning from 9:30AM – Noon! Because Saturday has so many seminars, Joe though that having his seminar on Sunday might attract a few more participants to stay over and perhaps might create an incentive to get a few people who weren’t able to attend on Friday and Saturday to join our gang for a little bit of “realism” and warrior “mindset”! Instead of talking about it, why not come on down and actually “do it”!

Sunday has traditionally been a slow day and this is a shame – This year we are going to complete the perfect SummerFest with a seminar by two of countries great fighters. . . one a UFC star! It doesn’t get any better than that. . .

Daytrippers welcome. Beside the ground fighting seminars Sunday, there will be a number of other classes available. So get off your computer, talking about how you will deal with stress and violence. . . come on down and actually do it!!!! Who knows, you might like it!

8/4/08: Looks like a very large SummerFest! Sue and I have been busy non-stop processing late applications and preparing all the material needed for next weekend. See you for Friday morning’s “Sanchin by the Sea”. Remember. . . 6:30AM !!!
7/31/08: SummerFest Golf Tournament – Will be held at BayPoint Golf Club, near the Mass Maritime Academy – Those who have signed up, please meet at the Academy 8AM on Thursday 8/7/08 (or at Baypoint 8:30AM) As long as we have space, you can e-mail Darin to join our group: Darinyee(at)hotmail.com (substitute @ for (at)).

Al Wharton will be demonstrating and teaching his Seichin Combat bunkai at SummerFest – He will be bringing a number of his instruction DVD with him. Be sure to take his seminar and pick up a copy of his DVD.

Next time you are in Central Florida or perhaps when you attend WinterFest, be sure to drop in to say hello to David Berndt and check out all the beautiful items in the store.

SummerFest Uniforms. . .
One of the “rituals” of martial arts that I respect, yet feel should be flexible based on environment, is our uniforms.

When I first studied, very few teachers or students wore any standard type of uniform. Most often, they worked out in what I later learned was an “undergarment” that most men slept in.

These pajama-like trousers were light weight cotton and were ankle length. When they worked out in them, they would often push them up to thigh level, exposing leg muscles during conditioning and Sanchin kata.

In Uechi-ryu, lower body strength, flexibility and power are most important. Tomoyose sensei often noted that he could tell how long a person had studied by watching his Sanchin and noting the lower body strength and its involvement with the upper body during movement.

My original gi (a lightweight judo bottom and kendo top) were very comfortable and practical. The top had short sleeves that barely covered the elbows and the gi bottoms reached a few inches below the knee. The top was rarely worn during a workout, never during Sanchin practice. A small towel was a constant companion during practice. The hot and humid climate on Okinawa resulted in lots of sweat during practice and the towel wipe off became part of every kata performance.

In the original Uechi dojo (now owned by Yonamine sensei), the hardwood floor consisted of rough hewn planks, approximately five inches wide. There were spaces between the planks; where, if you weren’t careful, your toes could become wedged. We often joked that the floor was designed that way so the rivers of sweat had a place to drain during class.

In my humble estimation, the current trend of heavy weight gis is a joke. I have one student who recently joined my club here in Mount Dora, Florida, wearing a gi that must weigh ten pounds. When he moves, the noise made from the gi reverberates throughout the dojo. When he attempts to kick, he must first pull on the kicking leg’s gi material, to free his leg from the bonds of the gi’s clinging material, before his leg can be raised!

After a few classes I convinced him to invest in a lightweight gi. (Note that one of these heavy weight gi cost more than a fancy suit of clothes – often $200 or more)!

Those of you who subscribe to my newsletter or are private (virtual dojo) students of mine, receive many video clips of me wearing casual and what I consider to be practical workout gear. The more I train in this attire, the more I feel the modern traditional dojo is moving in the wrong direction when it comes to workout uniforms. Some dojo make students purchase a new color gi every time they advance in rank. . . about every month! 🙂 Teachers dress up like peacocks and parade around the dojo, tournaments and seminars looking more like Liberace  than martial artists.

Of course, none of these prima donas want to get their gis sweaty or dirty, so you seldom see them on the floor working out. Generally they can be seen walking the perimeter of activity, rubbing massive bellies while talking to their fellow peacocks, admiring one another’s latest fashion statement.

This year’s SummerFest will be making a statement regarding workout gear! Shorts and T-shirt are not only permissible, but highly recommended.

Belts are optional. . . But if you feel the only way people will know your rank is by wearing your belt. . . by all means wear it. 🙂

Many of this years’ SummerFest participants must fly into either Boston or Providence. The airlines are going to be charging additional fees for excess baggage. Those damn heavy weight gis take up most of one bag. (Most of us have to bring at least two for the weekend). So, by leaving your heavy gi and belt at home, you will be able to pack much lighter and believe it or not, have lots more fun on the SummerFest workout field!

Pictures this year will again be on Saturday after lunch. You do not have to wear a gi to be in the picture!

Be sure to bring lots of sun block and of course. . . your wide brimmed hat!

As usual, be prepared to work hard and have a great time. Leave all ego at home and enjoy the journey.

I’ve learned (through the karate grapevine) that some teachers have warned their students not to attend SummerFest! Some of this petty and childish nonsense emanated from their exaulted leaders! It is a shame that certain organizations will not work together.

Wake-up students . . . if your teacher or organization is preaching some sort of cultish BS about how working out with another teacher will be bad for your Uechi-ryu or only he/she can teach you the “true” Uechi – run, don’t walk away. He/she is afraid to let you out of their control. Who knows, you might discover that the martial arts is a lot more than you thought. And who knows. . . you might be motivated to stay with it, instead of becoming bored with your current classes and quit forever.

There is a reason why SummerFest gets so many repeat participants. They get motivated and recharged during those three days. They go back to their dojos enervated and excited to continue training.

How many of you could use a battery recharge??? How many of you teachers are “burned” out and could use a motivational infusion?? Instead of trying to isolate your students and running your dojo like a cult – get out and meet new Uechi friends and take advantage of all the wonderful people who run open dojos and encourage visitors.

Empty your cup once in awhile and give yourself an opportunity to learn something new. Get rid of any elitist and cultish attitude you may have inherited from your organization or teacher. Uechi-ryu is an art, sport and mindset. . . it isn’t a religion!

See you at SummerFest! On the field!

Real Experiences against a Knife!