…and he vowed never to teach again. 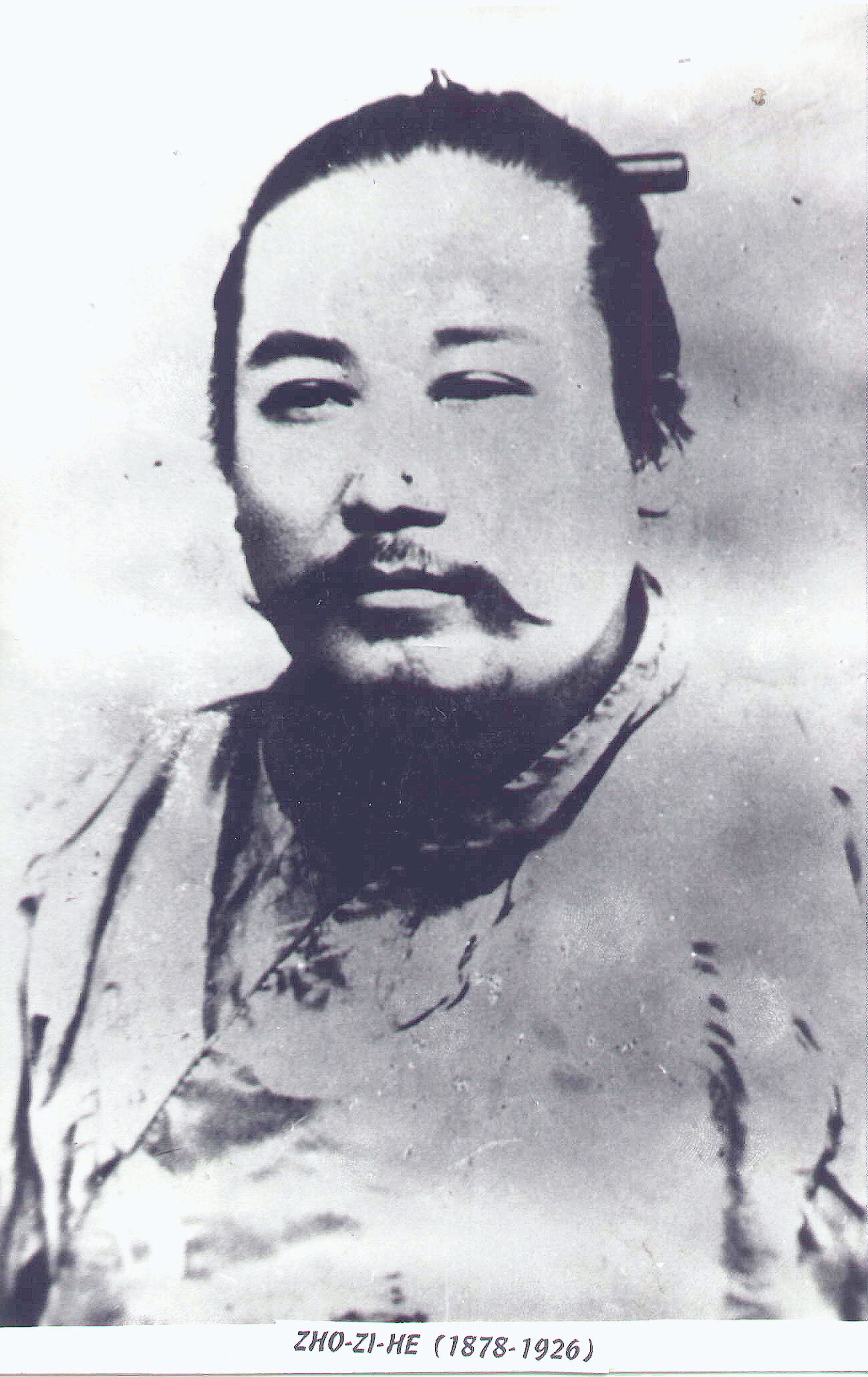 (Originally published in the July, 2013 Wado Newsletter – reprinted with permission)

A white ceiling of hazy clouds floated across the Cape Cod sky like a friendly
wraith holding the sizzling July sun at bay. The breeze off the Atlantic ruffled my hair
and dried the salty sweat on my skin like a popsicle on Arizona blacktop.

I strode across the green grass of the Massachusetts Maritime Academy, a couple
miles from the entry to Cape Cod Bay, and stopped to watch a small legion of diehards in dirty white karate pajamas (rapidly assuming the camouflage colors of earth and grass)
kick and punch, jump, run, scramble and shout to the cadence of a Sempai doing what Sempai have felt the urge to do for centuries – conjure diabolical exercises to make
students ask themselves the eternal karate question, “What am I doing here?”

George Mattson strode across the Maritime grass with a lanky, elk-like stride, a smile bisecting his face, hand outstretched. I had never met the man, but it took about ten
words to make me feel like a long awaited brother. It was Sensei Mattson’s annual Summerfest weekend, three days of karate delight every summer for 31 years. I was there to ballyhoo my book and teach a pair of seminars.

George Mattson stumbled on Uechi Ryu as a soldier in Okinawa in 1957 and has been its driving force in the United States ever since. But Uechi Ryu goes back much further – to ancient China, to Ming Warriors and secret societies, to Triads and Shaolin Temples. It’s a long story, too long to tell here, but this is some of it. Uechi Kanbun, an Okinawan farmer, sailed off to China in 1897 at age 19 to dodge the draft. Japan made Okinawa a prefecture in 1879 and was bent on conscripting Okinawans to help fight their battles. Okinawans were suddenly remembering reasons to visit China.

Uechi starting studying at an Okinawan enclave but had a
falling out and later dug up a Chinese teacher whose name is
pronounced Shushiwa in Japanese. You can take your chances on the Chinese pronunciation. These old Chinese teacher stories are lost to the smoky haze of time, not to mention the whiplash whims of the Chinese language, but Shushiwa appears to have been bona fide and to have studied animal styles at the Shaolin.

He eventually synthesized his own system into something called Pan Gai Noon, the modern Chinese/Japanese characters of which translate as “Half Hard Soft”. Uechi is apparently the only one who ever learned it.

Shushiwa was 26 when Uechi showed up and then stayed 7 years. Shushiwa and Uechi hung out together chasing a living peddling medicinal herbs and Shushiwa finally gave Uechi a certificate to teach. Why a certificate? Who cared?

The answer probably lies in the fact that people didn’t venture far from their region and martial artists were well known. They were also often challenged. It would be useful to have the imprimatur of a known teacher to avoid a few bruises if you wanted to open up your own school.

After 7 years with Shushiwa, Uechi did open a school there in China. I see that as a pretty big deal for an Okinawan. I speak Spanish but would still be shaky sailing off to Spain or Mexico or Guatemala to open a dojo – cultural acceptance, language facility and all. To add to the struggle, Uechi had a speech impediment. Maybe Chinese pronunciation covered it up.

The legend goes that one of his students (or possibly Uechi, himself) killed

someone in a fight and Uechi returned to Okinawa…vowing never to teach again.

But he did. Thankfully.

He was hesitant to teach karate in Okinawa or even admit that he knew it. There is speculation that the reason was because he was hiding from authorities or revenge seekers or the like. He may not have wanted to reveal himself.

The synopsis of Uechi Ryu is: Uechi returned to Okinawa, got married, had some kids, moved to Japan, found work as a janitor, was convinced by a coworker named Tomoyose to teach again, he did, he developed a large
following, turned it over to Tomoyose, returned to Okinawa after the war, died of a kidney infection at 71; his son, Kanei, opened up a dojo in Okinawa, named it Uechi Ryu after his father (and apparently himself);

George Mattson joined the armed forces, ended up in Okinawa, ran into Uechi Ryu, returned home, taught a bunch of people for a long time, I went to Cape Cod to give a seminar and the rest is the story you are reading.

But the Ming was a revered dynasty and warriors remained allegiant. The last Ming Emperor hung himself, but his family sought asylum at the Northern Shaolin monastery. The Manchu found out and burned that. They fled to the Southern Shaolin and the Manchu burned that. Finally they went into hiding among followers and survived under assumed names and identities.

The loyal soldiers formed secret societies with the quest of returning a Ming to the throne. It never happened. The soldiers, themselves, sought refuge in monasteries and their martial arts became interwoven with such famous styles as the Shaolin. Much of what we fumble around with today in karate, including Pan Gai Noon, is most likely descended from that mélange of politics, religion and martial arts.

We relive part of their story each time we mimic the secret Ming hand signal that launches katas like Nipaipo, Bassai, Jutte, Jion and Jiin. The latter three are even referred to as “Temple Katas”, and are alleged to have been developed in a monastery somewhere. (Dig that up, if you find time, and send me the link, I have been searching for it for years.)

The secret societies evolved into the Tong (called the Boxers) and the Triads which became the Chinese mafia of today that pops up in every Chinatown everywhere. In 1901, the Tong, manipulated by the Dowager Empress, revolted against the Western powers trying to “open” China to trade and it all coalesced in what came to be called the Boxer Rebellion. There is a good movie that tells this story called “55 Days at Peking”.

Uechi was in China at the time of the Boxer Rebellion and teaching Pan Gai Noon with Shushiwa’s certificate nailed to his bamboo wall. It is alleged that Shushiwa was wrapped up with those secret societies. It would be surprising if he weren’t, nationalism being what it is. Uechi may have been fleeing that connection when he returned to Okinawa. It would be interesting to know what part he took in the politics of the day. (Find that out, too, while you’re working on the Temple Kata thing.)
The pronunciation Pan Gai Noon does not exist in any known modern Chinese dialect. This is a typical conundrum of karate. Many of the teachers and students were illiterate (try learning Chinese characters and you’ll understand) and the names of the kata and styles were transferred phonetically, so the true meanings are often completely lost.

It’s possible (and alleged) that Pan Gai Noon indicates some heritage that we don’t know, or contains a secret meaning about Shaolin priests. (That’s another interesting research topic for you – “karate names and why they are so often wrong.”)

Pan Gai Noon and its offspring, Uechi ryu, is a style based on Sanchin kata similar to Goju Ryu, so there may be some connection between Shushiwa and Lu Lu Ko. Uechi taught that “All is in Sanchin.” Uechi learned three katas from Shushiwa – Sanchin, Seisan, and Sanseiryu. Those
names are identical to names of Goju Ryu katas as is the one he didn’t learn completely due to his hasty departure from China – Suparempei. The movements of all the kata differ but share some similarity, so the roots may intertwine.

Uechi Kanbun is also alleged to have killed a bandit in China with one lethal strike. The story, true or not, illustrates an important point about karate. We – you and I – play at it. Uechi and the other people who practiced it, in the days before medicine and organized society, practiced it for survival. Its a game to us. It was life and death to them. Have you ever killed a bandit?

If you want to know more, seek out Sensei Mattson, read his books and enjoy his Summerfest. You won’t be disappointed. Tell him I said “hello.”

If you are local, Uechi in our hyphenated town of Phoenix-Scottsdale, Arizona is represented by a nice guy and long time friend named Al Saddler. Sensei Saddler has had some health problems and his protégé, Bobbie Walden (that’s a forty-something guy, by the way, despite the “ie” ending) took up the torch and now leads the battle with vigor and honor. Peace and long life be with them both. Hang in, Al. You are always in our hearts and minds.