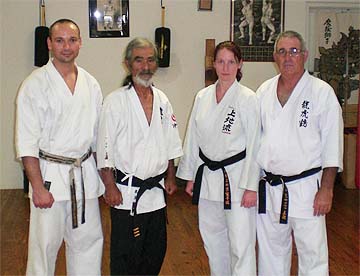 The weapons training complements and supplements good Uechi training by  the utilization of the whole body – arms, shoulders, hips, legs, etc.,. Applications of the techniques will demonstrate the interrelationship of weapons and empty hand movements as they relate to the effective execution of Uechi movements.  Hopefully, all attendees will leave with a better understanding of the Uechi system and an improved ability to execute their Uechi techniques.

Teaching for Structure and Power in Uechi-ryu