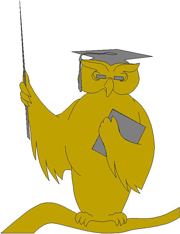 I conceive that the chief aim of the physicist in discussing a theoretical problem is to obtain ‘insight’—to see which of the numerous factors are particularly concerned in any effect and how they work together to give it. For this purpose a legitimate approximation is not just an unavoidable evil; it is a discernment that certain factors—certain complications of the problem—do not contribute appreciably to the result. We satisfy ourselves that they may be left aside; and the mechanism stands out more clearly freed from these irrelevancies. This discernment is only a continuation of a task begun by the physicist before the mathematical premises of the problem could even be stated; for in any natural problem the actual conditions are of extreme complexity and the first step is to select those which have an essential influence on the result—in short, to get hold of the right end of the stick.

Browse any internet martial arts forum long enough and one is almost certain to find a heated physics debate. Although the questions raised run the gamut from whether or not the heel should be raised during a reverse punch to the definition of kime, there seems to exist in almost every discussion a great deal of confusion surrounding just what it is that makes for a “hard” strike. The purpose of this article is to outline a simplified model of punching that will allow some of the more common conceptual issues to be addressed qualitatively. Also presented is an alternative view of technique that avoids appealing to naïve notions of force as an intrinsic property of moving objects in order to explain the important role played by body mechanics. In no way is the model presented here intended to cover every aspect of punching (nor every misconception!). Rather, it is hoped that the reader will gain from this presentation a greater appreciation of the fundamental physics involved in punching as well as the types of simplifications typically made when approaching real world problems.

In our search for an equation capable of predicting the effect of a technique, we might first come across the definition of momentum. This looks promising at first, as it seems that massive, fast moving objects strike harder than less massive, slower moving ones. On the other hand, I suspect that we should all agree that getting hit by a 1kg object moving at 1000 m/s is a lot less desirable than getting hit by a 1000 kg object moving at 1 m/s, even though they both have the same momentum. It might, therefore, be tempting to single out KE=1/2mv , instead, as the correct equation to use when trying to determine the outcome of a punch.

The trouble is, this equation doesn’t tell us anything! We have simply given a name to some quantity! We could just as easily have said that the mass needs to be maximized because some other madeup quantity is proportional to the cube of the mass, or is exponential in mass, or whatever. Nothing is actually predicted until we show how one quantity (such as the kinetic energy) is related to some other measureable quantity (or quantities). We should really be seeking a deterministic model of the collision that predicts what will happen when object A strikes object B. And doing so will require a bit more work than hunting through a freshman physics book searching for an equation that has all the “right” variables.

Can training with Bokken help your Sanchin stance? Yes

Towards a Dynamic Sanchin Stance

Teaching for Structure and Power in Uechi-ryu